I was struck by how little any of this has to do with indie filmmaking alone. As a token of digital revolution, RED cameras are so five years ago. It’s hard to storm the ramparts when last year’s #5 and #7 box office hits were shot with RED Epics (The Hobbit: An Unexpected Journey, The Amazing Spider-Man).

In fact, not only were last year’s #1 and #4 hits filmed with ARRI Alexas (The Avengers, Skyfall), but Avengers DP Seamus McGarvey, true to his indie roots, reached for his grab bag, throwing in Canon 5D Mark IIs and 7Ds and the occasional ARRI 435 loaded with Kodak Vision3 5219. More on cinematography as tossed salad below.

No doubt a figure of speech, to be kind. Because there were scant few film reels at Sundance. This year five films at most were projected as 35mm. Everything else, regardless of origination, was digitally projected from a DCP file sitting on a server. The HDCAM cassette, a staple of digital projection at Sundance for a decade, is now required as backup only.

I noticed the same thing at the New York Film Festival last fall, where outgoing programming director Richard Peña confirmed that most screenings were via DCP. A blue-chip festival that skims the crème of Cannes and other international festivals, the NYFF is weighted towards major works of cinema shot on 35mm like Christian Petzold’s Barbara, Christian Mungiu’s Beyond the Hills, Brian De Palma’s Passion, Alain Resnais’ You Ain’t Seen Nothin’ Yet, and Olivier Assayas’ Something in the Air (shot with Aaton 35-III and Penelope).

But a bastion can turn a bellwether, and this year at the NYFF I noted the role of ARRI’s Alexa in Michael Haneke’s Amour, Roger Michell’s Hyde Park on Hudson, and David Chase’s Not Fade Away. Likewise, RED’s One MX in Abbas Kiarostami’s Like Someone in Love and the Taviani Brothers’ Caesar Must Die — at 81 and 83, their first digital film — and RED’s Epic in Robert Zemeckis’ Flight. Then there was Barry Levinson’s The Bay, an eco-horror romp made with “21 different types of video cameras, including iPhones.”

When revolution goes mainstream, whither Sundance?

In a Sundance blog two years ago I tapped RED One as camera of the moment, the one with the most influence on indie cinematography at that year’s festival. Last year in this magazine I singled out Canon’s 5D Mark II as casting the longest Sundance shadow. This year — not to the surprise to anyone paying attention — the “It Camera” at Sundance has to be ARRI’s Alexa.

Let’s look at the numbers. From the Sundance catalogue, I counted 116 new feature-length films. Drawing on multiple sources including asking the filmmakers themselves, I’ve done some accounting.

First off, film, a little wheezy, is not dead. Like last year’s Sundance Grand Jury Award for Drama winner, Beasts of the Southern Wild, this year’s winner, Fruitvale, was shot on Kodak Super 16mm negative using an ARRI 416. Same is true of two other notable dramas at Sundance, Shopping and Lovelace (the latter directed by doc stalwarts Rob Epstein and Jeffrey Friedman). Ironically, given its heroic role in popularizing Super 16, Aaton is represented by only a single short.

In terms of 35mm origination, five films were shot using Panavision cameras, including Don Jon’s Addiction, Two Mothers, and The Spectacular Now, and six with various Arricams, including Kill Your Darlings and Ain’t Them Bodies Saints.

By my count, then, that brings the total of dramas shot on film to fourteen, at least nine of them on Kodak.

So it would seem that films like Fruitvale, which won the Audience Award too, continue to rely on film for that certain artisanal je ne sais quoi. Notably, there were no documentaries shot on film. Perhaps it’s fair to say that film is dead where docs are concerned.

I count 26 films shot with RED cameras, about half with the One MX (Disney lampoon Escape From Tomorrow, World Cinema Grand Prize Drama winner Jiseul), and half with Epics (Concussion, Waldo Salt Screenwriting Award-winning In a World…, the documentary Twenty Feet From Stardom).

I will tell you the film I enjoyed most at Sundance: Stephen Badger’s documentary about legendary FAME Recording Studios in Muscle Shoals, Alabama, titled simply Muscle Shoals, which must have been programmed at the 11th hour and 59th minute because it wasn’t listed in the Sundance catalogue. (What section was it in?) It couldn’t have been a lick better.

Escape from Tomorrow, with its stolen Disney locations, illustrates another trend, the ready mixing of disparate camera technologies. Folded into RED footage is Canon 5D Mark II footage, no doubt to facilitate “looking like a tourist” while filming. Watch the film and see if you can tell what’s what. Hint: a fool’s errand.

Speaking of Canon, I count 12 films, all documentaries, predominantly shot with Canon cameras, most of them with the Canon 5D Mark II. Exceptions to the 5D include, using Canon’s new C300, Lucy Walker’s The Crash Reel and parts of Life According to Sam, and using the 7D, Which Way Is the Front Line from Here? The Life and Time of Tim Hetherington and Who Is Dayani Cristal?

Indeed, it was Dayani Cristal director and co-cinematographer Marc Silver who, upon accepting his award, exclaimed from the stage, “I want to thank whoever invented the Canon EOS 7D. I wouldn’t be standing here if it weren’t for that!”

Momentary personal rant: I’m surprised Sundance gives cinematography awards, as they no longer deem cinematographers important enough to be listed in the Sundance catalogue along with director, screenwriter, and cast.

Director, writer, cast only… you’d think this is theater, not cinema.

(Why is one person per production traditionally called “cinematographer”? Hint: it isn’t the director.)

When did Sundance decide to promote “above the line” only? Is it really appropriate to appear to encourage Hollywood’s caste system when so many low, low-budget Sundance films are made on the backs of crew, who too often sacrifice their time with little pay? What happened to indie filmmaking being about collective effort?

No mention in the Sundance catalogue of editors either, even for documentaries. Yes, there are two editing awards for U.S. and World Cinema Documentary (none for drama), but it smacks of a Pyrrhic victory if no one knows who you are.

Next Spotify Dok’s Visual Experience Gets Branding and Identity Created By Snask
Previous Chinese Dishes from Fertile Jiangnan, at CheLi
Turnstile’s New Music Is So Good People Are Literally Shitting Themselves 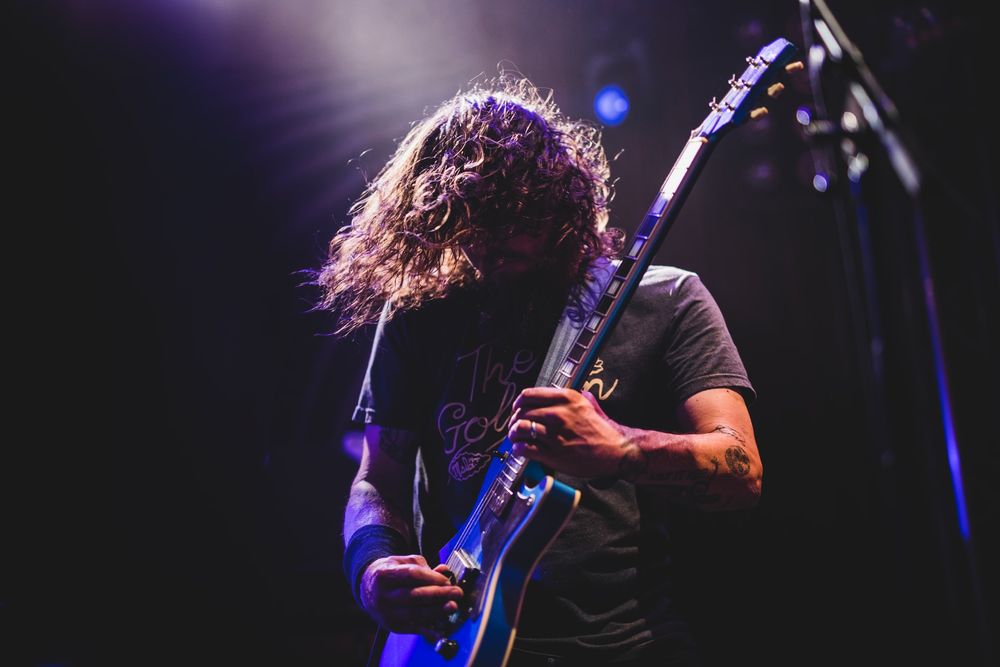 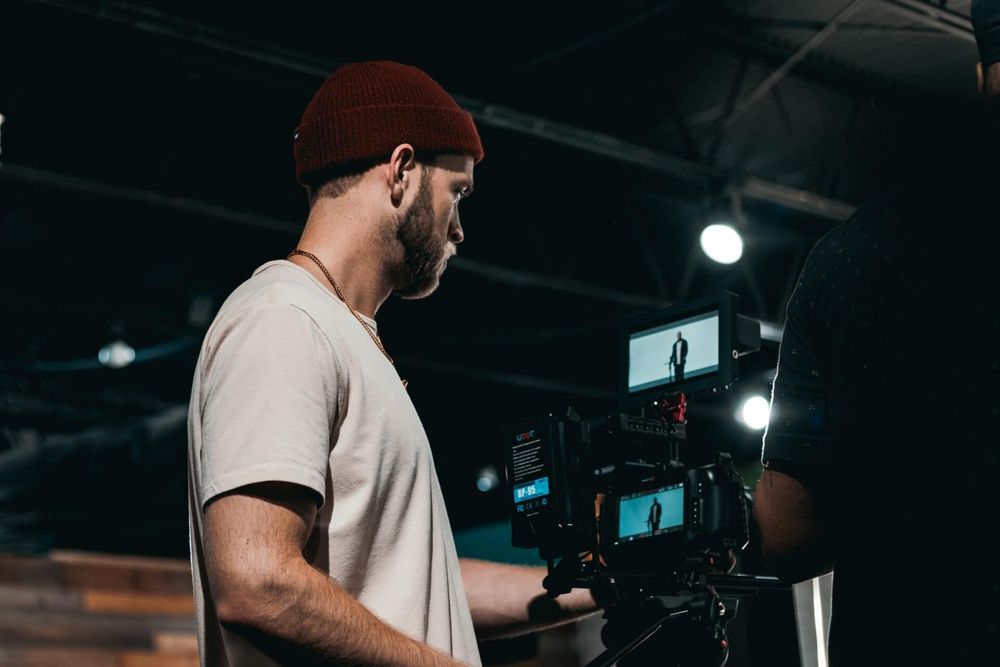